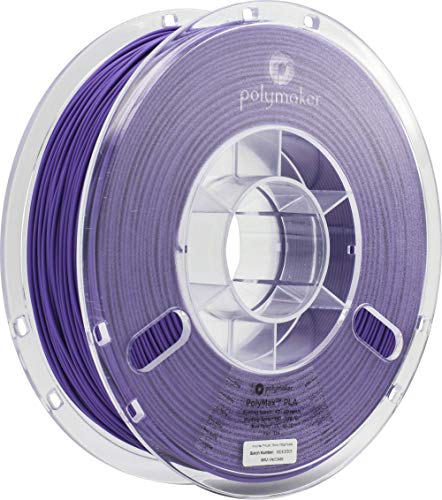 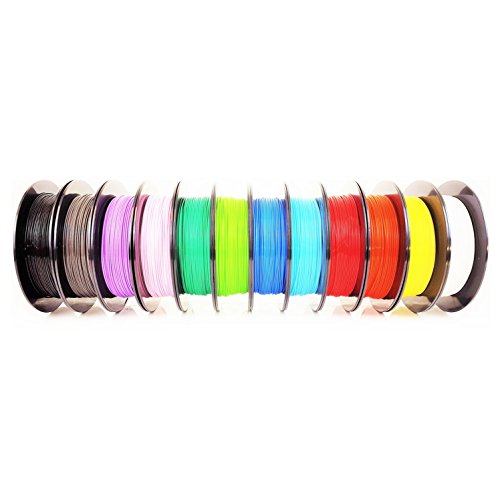 In the era of Snapchat​, how to capture the culture? Something trending​ on Twitter as I write is soon old news on Pinterest​ and dead to Facebook long ago. Digital technology evolves exponentially, with the result that one day’s innovation is the next second’s redundancy.

That was precisely the problem faced by Ronald Labaco, senior curator at New York’s Museum of Arts and Design (MAD), when he unveiled his Out of Hand; Materializing the Postdigital exhibition in late 2013. “The show was two years in the planning,” Labaco explains by phone from San Diego. “But by the time the exhibition happened, some of the 3D printing techniques were already obsolete.”

The same issue confronted the curator of the Australian iteration of that show, which opened last Saturday at the Museum of Applied Arts & Sciences (aka the Powerhouse) in Sydney. “Absolutely!” says Matthew Connell, curator of computing and mathematics, and the brains behind the Out of Hand show on from now until June next year.

“In the negotiations to do this exhibition there was concern about how quickly we could proceed to put this material on display before it became obsolescent. One of the major problems I’ve had is that you can decide to include certain technologies, pay a lot of money to bring them in, then find that, by the time you show whatever it is, it’s being given away for free with the next version of Microsoft Windows.”

Out of Hand explores new technologies including 3D printing, digital knitting, and computer-numerical-controlled (CNC) milling – and the ways in which they have been harnessed by designers, architects and artists. To ensure that the exhibition resonates or, as Connell puts it, “that it will last a little bit longer than the latest craze like Pokemon Go”, he has broken Out of Hand into seven sections, each of which is anchored by a piece from the historical collection of the Museum of Applied Arts & Sciences. The idea is that by revealing antecedent, new innovations will be inscribed within an historical continuum.

The Analog to Postdigital section, for instance, begins with a coiled clay vase by Australian potter Annie Fraser Mitchell, dated 1930-35. The point is that this technique has been used to create forms for thousands of years, and that today’s processes – known as fused deposition modelling, free-form fabrication or extrusion printing – are essentially the same technique, just driven by computer. The rest of the section is peppered with contemporary pieces using similar techniques.

The section titled Rebooting Revivals features a previously non-realised sketch of a decanter in the form of a waratah and a protea-shaped cup, made by Sydney-based French artist Lucien Henry in the late 1800s. The plans were scanned and modelled as 3D files, then printed into existence.

Born in Provence, Henry studied under acclaimed architect Eugene-Emmanuel Viollet-le-Duc and later at the Ecole des Beaux-Arts in Paris. Arrested for his part in the Paris Commune, he was exiled to New Caledonia, from whence he made his way to Sydney, bringing with him his highly refined skills as an engraver. The watercolour over pencil drawings of the decanter and cup are exquisite. 3D-printed especially for Out of Hand, we are finally able to appreciate their splendour.

The director of the Museum of Applied Arts and Sciences, Dolla Merrillees, saw Out of Hand at MAD in New York, and felt it would be a good fit with the Sydney museum’s remit to explore the impact of technology across many industries.

“As the first generation of digital natives enter adulthood,” says Merrillees, “this exhibition offers a look into technologies and techniques which once appeared futuristic and are now becoming available for you to employ yourself at home.”

Rapid prototyping​ – as 3D printing is more properly known – has been around since the mid-1980s, and used by big industrials such as Boeing, Rolls-Royce and NASA to produce experimental prototypes in malleable plastics which, once perfected, can be approved for production as metal components using their very expensive machinery.

The frenzy that arose around the technology a few years back is due to the fact that the original patents began to expire. As the price of 3D printing machines dropped dramatically, the hysteria rose exponentially. The technology captured the popular imagination and predictions came thick and fast that every home would soon be equipped with a 3D printer capable of whipping up an espresso machine, a typewriter, a gun.

We’re not there – not yet anyway. In the meantime, the technology has proven intriguing to many artists, designers and architects for its potential to disrupt traditional aesthetics and modes of production.

New York artist Barry X Ball scans existing masterpieces then reconfigures​ them to create what Connell interprets as “improvements on the originals”. The dramatic bust titled Envy, for instance, is modelled on a frieze figure by Renaissance sculptor Giusto Le Court. Ball “removed certain bits of Christian iconography,” says Connell. “He put a back on it, to create a bust from a two-dimensional frieze.” Then he had the whole thing CNC-milled in golden honeycomb calcite and mounted on a Macedonian marble pedestal. The technology enables a new iteration, an “improvement” of an historical work. The result is both banal and bizarre.

Artist Richard Dupont had his whole body scanned at the Wright-Patterson Air Force Base in Dayton​, Ohio. Printed out, the series of sculptures has been manipulated to appear thinner or broader so that as the viewer moves around they appear to distort further. The effect, says the artists, is “prosaic but also metaphysical”.

Los Angeles-based costume designer Michael Schmidt designed a black mesh dress for burlesque artist Dita Von Teese by “draping” the garment design over a representation of her curvy body on a computer screen. The garment is composed of 17 panels that took three months to design, encode and print, then another month to assemble, colour and embellish with Swarovski crystals.

A competent seamstress could have done it in a month. But such is the seductive power of new technology.

From Artist Richard Dupont’s series of 3D printed sculptures, created from scans of his body by the Wright-Patterson Air Force Base in Dayton, Ohio. SUPPLIED

If you happen to be parent looking for kid-friendly maker activities, look no further: this project is perfect for you. Also, if you a college student and doesn’t want to make a real dinner, or a dessert enthusiast, or party planner, this is also perfect for you. Actually, it’s a homemade 3D printer that is made of LEGO and involves sweet, sweet chocolate, so I take it back: this project is literally perfect for just about everyone.

Dutch engineer Gosse Adema recently uploaded an Instructable for his fully functional, 3D Chocolate LEGO printer as an update to his previously-posted LEGO 3D printer, which won him the grand prize in a 3D printing contest, as well as a response to this 3D chocolate printer, created in 2005 and just begging to be rebuilt ever since.

“The chocolate extruder started as a joke,” he told 3Ders.org. Apparently, a company asked him to make a LEGO 3D chocolate printer, but after some experimentation, it didn’t work. Later, a colleague introduced him to the Instructable Remix Contest, in which an existing Instructable is used as inspiration for a new one, and showed him the old 2005 chocolate printer model. “The original Instructable is over 10 years old, still gets replies, but nobody made such a printer. Since I already made a LEGO 3D printer, all I had to do was build a chocolate extruder,” he said.

The thing is, 3D printing chocolate isn’t exactly an easy process. The chocolate has to remain in a melted state so that it doesn’t clog up the extruder. This requires either a worm screw with pre-melted chocolate and/or a heating system, or pre-melted chocolate in a syringe. Ademia chose the second option for simplicity, and because the chocolate remains edible—“that’s what it’s all about.”

The material needed includes a 12 volt fan, Nema steppers, various nuts and bolts, and of course LEGO. He then chose a 20 ml syringe, which is on the small side, but since the project is scalable other makers could go bigger. As with Adema’s original, this LEGO 3D printer is based on the Prusa I3 Rework and uses Marlin firmware controlled by Pronterface.

“The reason to use LEGO is because I wanted to experiment with different setups,” Adema told 3Ders.org. It’s really easy to alter parts of the printer. I could easily change this Prusa printer to a Delta Printer, if I wanted. This would only require a different extruder. “The best way to gain knowledge of a 3D printer, is to build one. Building this LEGO 3D printer taught me a lot about all aspects of 3D printing. Even making mistakes was part of the learning…I can therefore recommend, for anyone interested in 3D printing or robotics, to experiment with LEGO, Arduino and Nema Steppers.”

The Instructable page contains detailed step-by-step instructions and images. He began by building the LEGO parts (there are three pieces: extruder, pressure lever and fan duct), and then altering the firmware of the printer and recalculating the extruder federate (the syringe has a larger diameter than normal filament). At this stage, controlling the temperature of both the printer and the chocolate is vital to the project’s success.

“If you heat and cool chocolate without controlling the temperature your chocolate will bloom. It will appear matt and covered with white patches,” explained Adema. “This is caused by chocolate crystals of different sizes. In order to avlid this you will need to temper your chocolate. Tempering controls the crystias so that only consistently small crystals are produced, resulting in much better-quality chocolate.”

For this, he suggests using the ‘bain-marie’ method of heating chocolate, and altering the printer’s temperature settings to allow for cold extrusion. He also advises that for 3D chocolate printing, it is always better to stay slightly higher than the normally recommended temperatures for melting chocolate, otherwise it may cool too early and jam the syringe. In the end, filling the syringes with no air and working as quickly as possible with the warm chocolate proved too difficult, so Adema turned to the next best thing: chocolate spread.

After successfully printing a few simple chocolate shapes, such as the above heart, Adema had another mouth-watering idea: using the heatbed, which so far had been untouched, and making pancakes. That’s right, he just combined LEGO, chocolate and pancakes, all with one DIY 3D printer.

Adema, who has a background in electro-technical engineering, told 3Ders.org that the step will be to turn his LEGO printer in a CNC machine by replacing the extruder with a dremel, for which he has already ordered the materials. The final goal will be to build a non-LEGO version with exchangeable extruders.

If you want to give this printer a try, check out the Instructables page before your (or your child’s) next birthday party. Alternatively, you can support Adema by voting for him in the Remix Contest and the Epilog Challenge.